Huineng (惠能, 638–713) was a Buddhist monk who is one of the most important figures in Chan Buddhism according to standard hagiographies. Huineng has been traditionally viewed as the Sixth and Last Patriarch of Chan Buddhism.

Huineng was born into the Lu family in 638 A.D. in Xinzhou (present-day Xinxing County) in Guangdong province. His father died when he was young and his family was poor. As a consequence, Huineng had no opportunity to learn to read or write and is said to have remained illiterate his entire life.

The Platform Sūtra of the Sixth Patriarch is attributed to Huineng. It was constructed over a longer period of time, and contains different layers of writing. It is…

…a wonderful melange of early Chan teachings, a virtual repository of the entire tradition up to the second half of the eighth century. At the heart of the sermon is the same understanding of the Buddha-nature that we have seen in texts attributed to Bodhidharma and Hongren, including the idea that the fundamental Buddha-nature is only made invisible to ordinary humans by their illusions”. 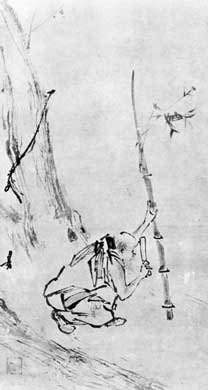 According to the Platform Sutra, one day while delivering firewood to a store, Huineng heard a customer reciting the Diamond Sutra and had an awakening. He immediately inquired about the sutra, and decided to seek out the Fifth Patriarch, Daman Hongren, at his monastery on Huang Mei Mountain. Some later versions of the story have the customer giving him 10 or 100 taels of silver to provide for his aged mother. After travelling for thirty days on foot, he arrived at Huangmei Mountain, where the Fifth Patriarch was presiding.

The first chapter of the Ming canon version of the Platform Sutra describes the introduction of Huineng to Hongren as follows;

The Patriarch asked me, “Who are you and what do you seek?”

I replied, “Your disciple is a commoner from Xinzhou of Lingnan. I have travelled far to pay homage to you and seek nothing other than Buddhahood.”

“So you’re from Lingnan, and a barbarian! How can you expect to become a Buddha?” asked the Patriarch.

I replied, “Although people exist as northerners and southerners, in the Buddha-nature there is neither north nor south. A barbarian differs from Your Holiness physically, but what difference is there in our Buddha-nature?

Huineng became a labourer in the monastery, doing chores in the rice mill, chopping wood and pounding rice at the monastery for the next eight months.

The Platform Sutra contains the well-known story of the contest for the succession of Hongren. According to the text, Huineng won this contest, but had to flee the monastery to avoid the rage of the supporters of Shenxiu.

The first chapter of the Platform Sutra tells the well-known apocryphal story of the Dharma-transmission from Hongren to Hui-neng. Hongren asked his students to…

… write me a stanza (gatha) […] He who understands what the Essence of Mind is will be given the robe (the insignia of the Patriarchate) and the Dharma (the ultimate teaching of the Chan school), and I shall make him the Sixth Patriarch.

Only Shenxiu wrote a poem, anonymously on the wall in the middle of the night. It stated:

身是菩提樹， The body is a Bodhi tree,
心如明鏡臺。 The mind a standing mirror bright.
時時勤拂拭， At all times polish it diligently,
勿使惹塵埃。 And let no dust alight.

After having read this poem aloud to him, Hui-neng asked an officer to write another gatha on the wall for him, next to Shenxiu’s, which stated:

菩提本無樹， Bodhi is originally without any tree;
明鏡亦非臺。 The bright mirror is also not a stand.
本來無一物， Originally there is not a single thing —
何處惹塵埃。 Where could any dust be attracted?

Hongren read the stanza, and received Huineng in his abode, where he expounded the Diamond Sutra to him. When he came to the passage, “to use the mind yet be free from any attachment,” Huineng came to great awakening. He exclaimed,

Hongren then passed the robe and begging bowl, symbols of the Dharma Seal of Enlightenment, to Huineng and he thus became the Sixth Patriarch.

According to the traditional interpretation, which is based on Guifeng Zongmi, the fifth-generation successor of Shenhui, the two verses represent respectively the gradual and the sudden approach.

According to modern historiography, Huineng was a marginal and obscure historical figure. Modern scholarship has questioned this hagiography. Historic research reveals that this story was created around the middle of the 8th century, beginning in 731 by Shenhui, a successor to Huineng, to win influence at the Imperial Court. He claimed Huineng to be successor to Hongren, instead of the then publicly recognized successor Shenxiu. 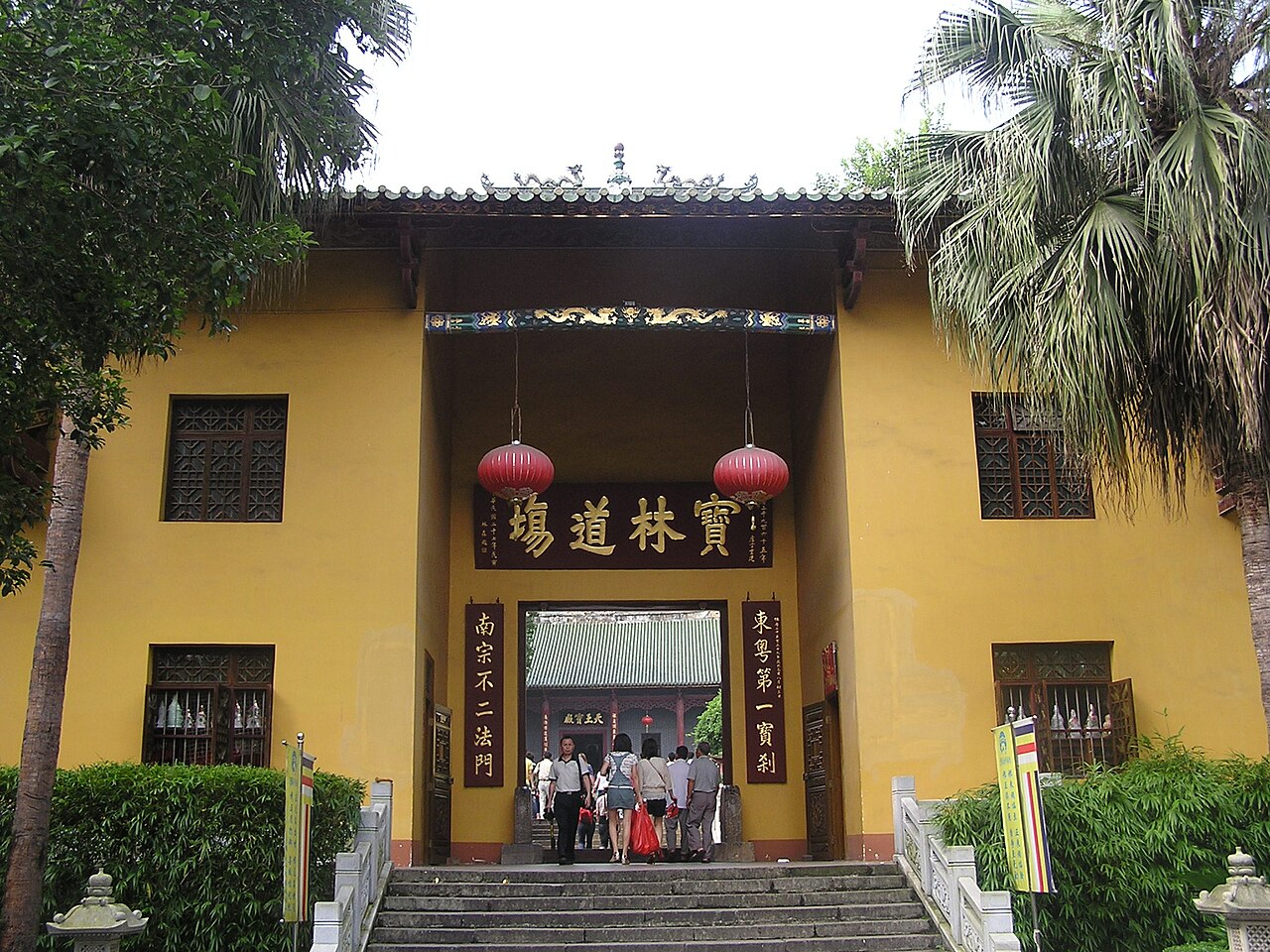 The mummified body of Huineng is kept in Nanhua Temple in Shaoguan (northern Guangdong).